Is your teen in an abusive relationship? February. It’s the month that’s known for sweet romance and warm valentines. But for some teens, what starts with exciting red hearts may become alarming red flags. And you, as a parent, guardian or friend, may be sensing that something is wrong.

That’s why February is also Teen Dating Violence and Awareness Month (TDVAM). It’s focused on protecting teens from unhealthy or abusive relationships. This year’s theme for TDVAM is “Know Your Worth.” It centers on the idea that every teen deserves a loving, healthy relationship—starting with self-empowerment and knowing his or her value as a human being.

The facts about teen dating violence

The grim reality of teen dating violence is seen in the estimated one in 10 teens who will experience dating violence. Across the nation, young people ages 12 to 19 suffer the highest rates of rape and sexual assault. Studies also show that about 10% of teens report being victims of physical violence by an intimate partner during the previous year.

To get teens to see themselves in a healthy light, it’s important for them to know the difference between a healthy and unhealthy relationship.

Girls are especially likely to face violence in their relationships and are more likely to struggle with long-term behavioral and health consequences. These include eating disorders, drug use and suicide attempts.

To get teens to see themselves in a healthy light, it’s important for them to know the difference between a healthy and unhealthy relationship. Help teach your teen to identify abuse on their own so they can ask for help when they need it. For many teens, it may be hard to determine if their relationship is unhealthy until it’s too late. On the flip side, it’s never too early to begin the conversation once they start dating. And discussing the following abusive behaviors can help make all the difference in how they deal with any potential dating violence.

Teen dating violence doesn’t just involve in-person behaviors. It can also happen electronically through texting or posting sexual images of a partner online without permission—something to keep in mind even while teens are socially distant because of the pandemic.

“Dating looks different during the pandemic—but dating violence still exists,” says Robin Henderson, PsyD, chief executive of Behavioral Health for Providence Oregon. “Look for signs of controlling behavior, including restricting access to other friends, controlling behaviors and negative messages. All these are signs of an unhealthy relationship, even if they are primarily online.”

One of the key points made by a teen panelist in a podcast hosted by Robin Henderson was not to judge a friend who’s in a violent dating relationship. This is wisdom that can go a long way for parents as well. Here are a few tips to keep in mind as you navigate the conversational waters about your teen’s dating relationship:

Helping teens know their worth in daily life—and in dating

There are a few basic elements in most healthy relationships: mutual respect, communication, support and boundaries. When teens take to heart that they deserve a loving relationship, they’ll have the knowledge—and most importantly the sense of self-worth—to enjoy it.

Healthy boundaries mean both partners feel comfortable saying what they want, discussing their goals, wants and limits and knowing their requests will be honored. There’s no fear about how the other person will respond or retaliate.

A word about consent

Consent can be described as an ongoing mutual agreement between both partners about what they want to experience. It’s not just about agreeing to physical or sexual actions with a partner though. It has just as much to do with the decisions that drive your actions. It’s about ongoing communication and a clear “yes.” If a partner is silent, seems unsure or says “maybe,” that’s clearly not a “yes.” In that case, more discussion should be welcomed by both partners.

If you have or know a teen who’s in a violent dating relationship, you can play a major role in supporting your young person. You can help the teen feel worthy and gain the confidence to leave an abusive relationship. Teen Dating Violence and Prevention Awareness Month offers tools and tips that can help you see a teen through to safety and wholeness.

Are you taking part in Teen Dating Violence and Prevention Awareness Month? Tell us how @providence.

Our behavioral health experts offer virtual and in-person consultations to bring you convenient, confidential mental healthcare options. With Providence Express Care Virtual, you can access a full range of healthcare services. If you need to find a doctor, you can use our provider directory or search for one in your area.

When eating disorders hit home: How one doctor supported her teen

Identifying substance abuse in teens can be tricky

Not a phase: How to recognize suicidal tendencies in teens

Get relevant, up-to-date information on the coronavirus (COVID-19) from Providence.

If you need care, don't delay. Learn more about your options.

This information is not intended as a substitute for professional medical care. Always follow your healthcare professional's instructions. Is your teen getting enough sleep? How parents can help.
Teens need 8-10 hours of sleep but most aren’t getting it. Discover the impact lack of sleep can have on mental well-being and emotional health. 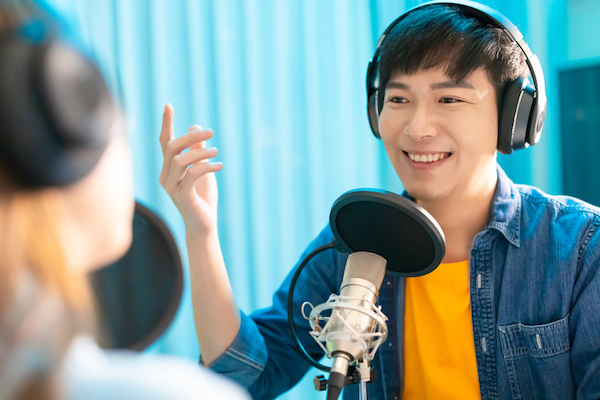 Talk2BeWell: Teens discuss suicide and mental wellness
The Talk2BeWell podcast brings teens across the country together to discuss mental health topics, including suicide prevention and ways to ask for support. Register today for the Work2BeWell Virtual Teen Mental Health Summit!
The Summit will be Saturday, February 26th and registration is now open!

Is your teen in an abusive relationship?
February is Teen Dating Violence Awareness and Prevention Month. Learn about its focus on protecting teens from unhealthy relationships and how you can help.
Powered By OneLink